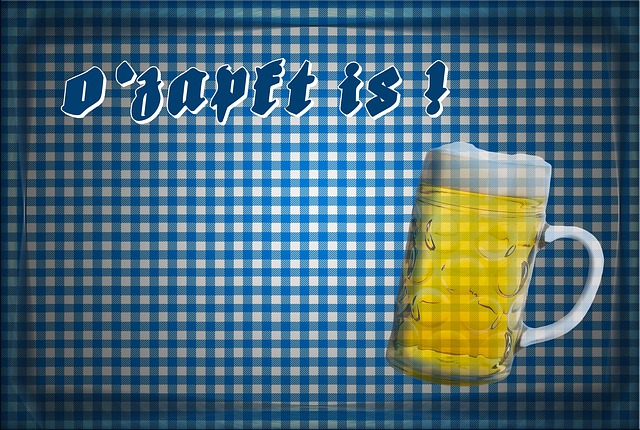 3 – Why do German people like drinking beer? – Chi To Tang from Hong Kong

Beer is Germany’s national drink. There are more than 1300 breweries and 100 liters per person are drunken per year. Germany is the beer country number three in the world, only citizens in the Czech Republic and Austria surpass the Germans. Usually Germans like beer from their region most. In the North, people have the rather bitter Pils beer, whereas in the South people prefer wheat beer which is lighter and fresher.
But why is it so popular?

Already the Teutons drank beer. Findings of beer amphoras from around 800 BC have served to verify this custom. To that time, beer was brewed by the women.
In the early middle age the art of brewing beer was particularly refined by monks in the monasteries, because even during lent they were allowed to drink beer, as liquidities were not forbidden. The monks brewed beer on the larger scale and became competitors of the local breweries.

Beer had the reputation to be healthy. Hildegard von Bingen, a famous Benedictine abbess in the 11th century, expert on illness and remedies, said “Drink beer!” Adults and children followed her guidance.
Hygiene was a constant issue until the 20th century, water was often contaminated and not drinkable. This was why beer was a better alternative to drink. Also factory owners adviced their staff in mines and steel plants to drink beer. Beer is rich in calories and contains lower alcohol than other drinks that had been drunk and influenced the workers’ performance.
Also the famous poets and philosophers praised and enjoyed beer.
This is why Germans like drinking beer so much.

We use cookies on our website to give you the most relevant experience by remembering your preferences and repeat visits. By clicking “Accept”, you consent to the use of ALL the cookies.
Cookie settingsACCEPT
Manage consent

This website uses cookies to improve your experience while you navigate through the website. Out of these, the cookies that are categorized as necessary are stored on your browser as they are essential for the working of basic functionalities of the website. We also use third-party cookies that help us analyze and understand how you use this website. These cookies will be stored in your browser only with your consent. You also have the option to opt-out of these cookies. But opting out of some of these cookies may affect your browsing experience.
Necessary Always Enabled
Necessary cookies are absolutely essential for the website to function properly. This category only includes cookies that ensures basic functionalities and security features of the website. These cookies do not store any personal information.
Non-necessary
Any cookies that may not be particularly necessary for the website to function and is used specifically to collect user personal data via analytics, ads, other embedded contents are termed as non-necessary cookies. It is mandatory to procure user consent prior to running these cookies on your website.
SAVE & ACCEPT